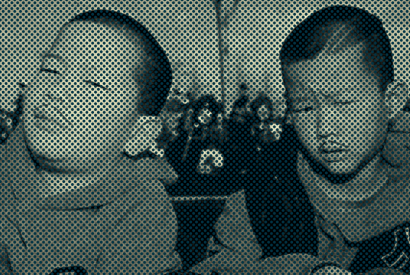 Rezzett is an anonymous electronic music duo, presumably based in London, whose catalogue showcasing their dusty, twisted, and distorted take on house, drum & bass, and jungle has almost exclusively been released on The Trilogy Tapes since the pair’s debut release in 2013.  After a string of well-received EPs that’s seen them forge an eccentric signature sound halfway lo-fi analogue house and cask-aged breakbeat vintage, the enigmatic London based duo released full-length format and they managed to come up with an album both articulate and rejoicingly bleary. They have remixed Omar Souleyman (his 2015 single “Heli Yuweli”) and collaborated with Zomby, another well-known anonymous producer, on his 2016 full-length Ultra.