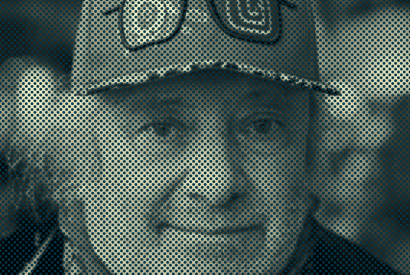 “The organ is the greatest synthesizer ever made.” That is a favourite dictum of the legendary American minimalist Charlemagne Palestine, who ranks right up there next to the royal trio Reich-Glass-Riley. However, his obsession with continuous, endless tones makes him closer to the likes of La Monte Young, Eliane Radigue or Pauline Oliveros. Palestine studied electronic music under Morton Subotnick, co-founded the Art Institute of California and collaborated with numerous artists from the Fluxus movement, all the while consistently undermining the expectations of the Western audience. One classic example of this is his Strumming Music (1974), built around two alternating tones that very slowly merge into a sonorous whole. After decades, Palestine has still not lost his zest for solo performances. He can make do with an organ, an army of plush toys, and two glasses of cognac.