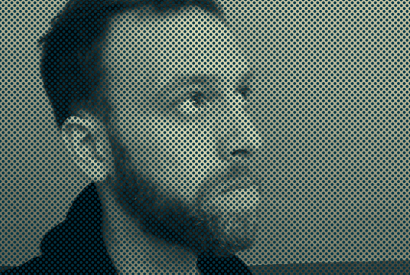 Erik Nyström is a UK-based Swedish composer and performer who operates in the areas of electroacoustic and computer music. His output comprises both improvised algorithmic music and acousmatic works and investigates posthuman conceptions of sound, spatial sound synthesis, texture, and visual and physical listening experiences. In his live performances, intelligent algorithms and cybernetic systems diffuse human agency into a synthetic ecology of sound.

For this year’s festival, Nyström has developed an immersive multichannel live performance where unconventional synthetic sonorities probe real and artificial space in a meeting between improvised performance and generative systems.

This new work was commissioned by A4 as part of the international collaborative project Re-Imagine Europe, co-funded by the Creative Europe Programme of the European Union, and supported using public funding by the Slovak Arts Council and the Bratislava Self-Governing Region.